A successful survey in which over 200 responses were received. Thank you all of you who participated, we hope very much that you will find the results as interesting and illuminating as we have. Before we turn to the analysis of the results, a quick note on the methodology we used to filter down the results, and the graphs we chose to present the most accurate picture possible.

About you and your firm

1. In which area do you practice?

With Cape Town and Pretoria leading the pack the national results will be skewed. 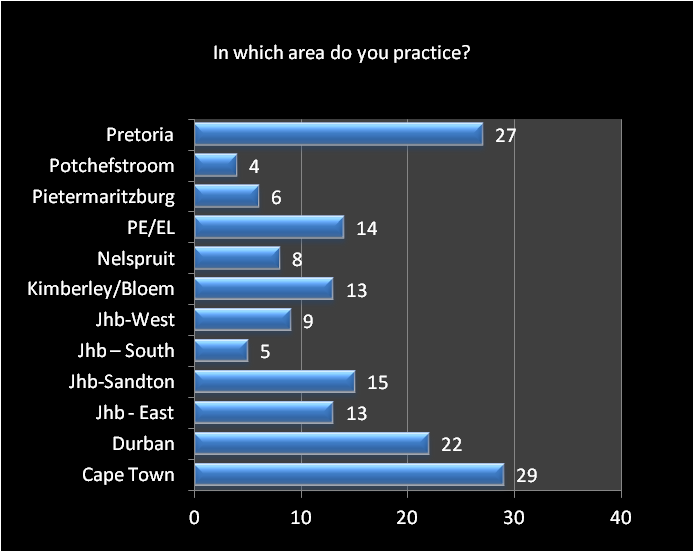 2. How many partners does your firm have?

What is interesting to note here when compared the results to the 2010 survey is that the number of sole practitioners has stayed relatively constant.  Yet firms are getting bigger, with the proportion of firms with more than 6 partners growing especially. 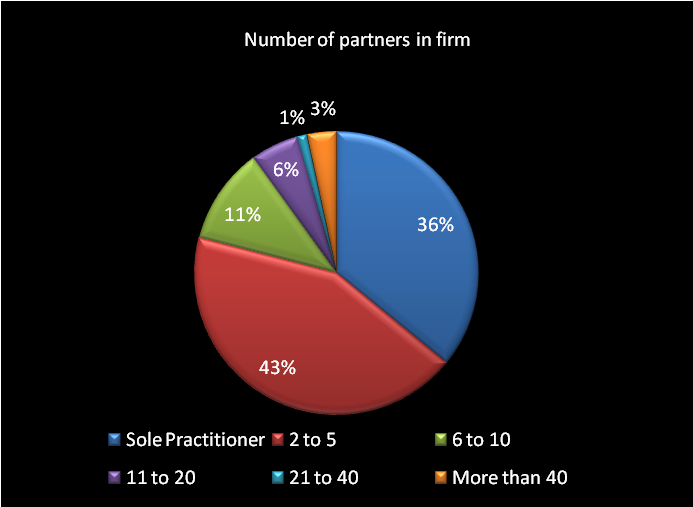 3. What amount does your firm recover from clients for Postages and Petties for ...Transfers, Bonds and Cancellations.

With bonds we see the same low and average pattern as transfers.However, there seem to be some constraints on the higher end which stayed the same, this is probably because of the competitive nature of the market and the fact that banks might also influence this as some institutions prescribe what the attorney may charge. 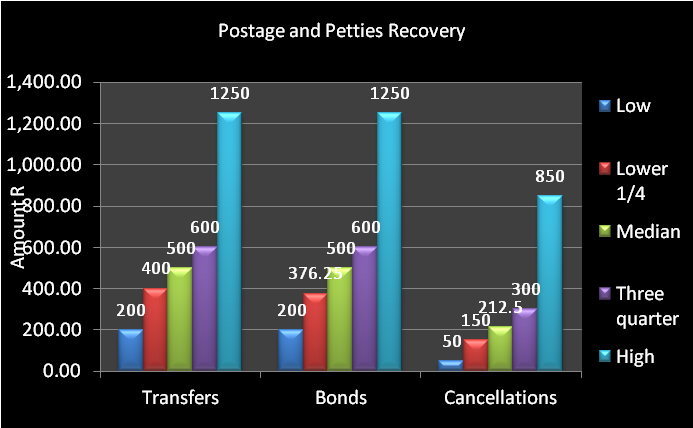 4. What amount does your firm recover from clients for Deeds Office searches?

Evidence here of a price competitive market with the average charge for a deeds search still at R100 and the highest recovery falling from R700.00 in 2010.

5. What amount does your firm recover for Electronic Bond Instructions?

The average cost for an electronic bond instruction is R129.00 which is about the same as in 2010, with the highest recovery dropping quite a bit from R1000.00 in 2010 to R650.00.  The  minimum recovery by some firms is R40.00,  which is a serious under recovery of the actual cost, and they should perhaps adjust it. 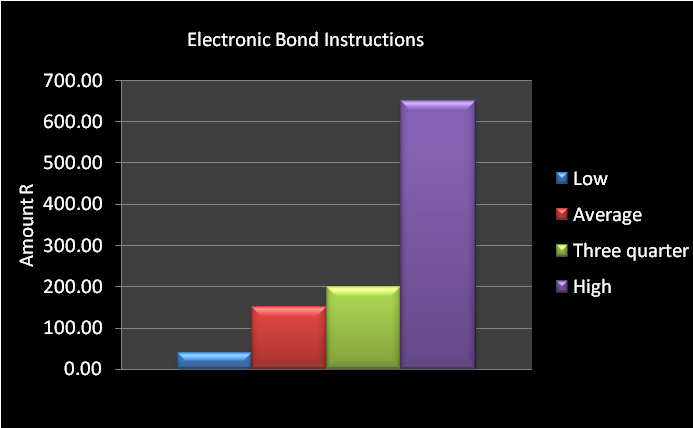 6. Have you increased the last published conveyancing tariff to keep pace with inflation?  If "Yes" by what percentage?

One of the things we often hear from practitioners is how infrequently new fee guidelines are issued by the law societies.  Be that as it may, firms are still very reluctant to  charge anything more  than the fee guideline, in fact quite the opposite.  The majority of firms are giving discounts. 7. Do you charge a minimum fee for the following: Bonds, Transfers, Cancellations? 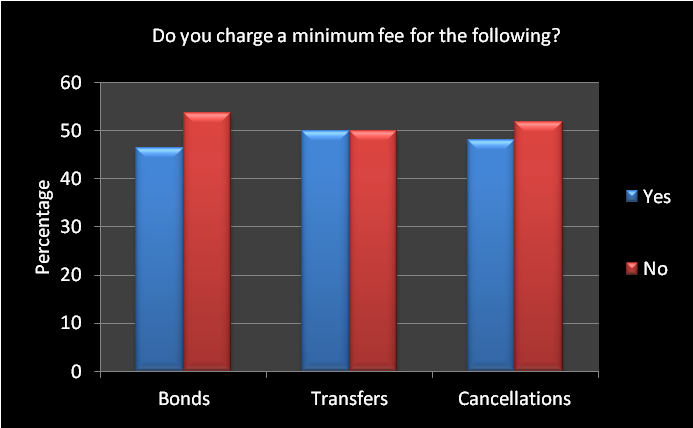 8(1) If you discount fees, by what percentage do you normally discount them? (If you never discount, please enter a 0)

8(2) What percentage mark-up do you add to the transactional billing charge?

In short, fees have been reduced on the one hand but the transactional billing charge has been increased on the other. 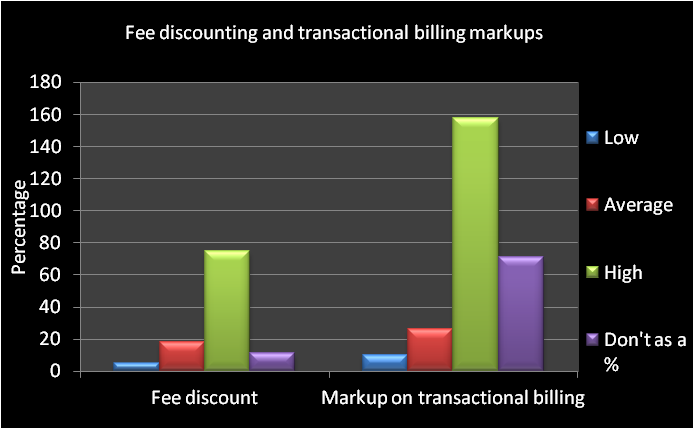 More about your firm 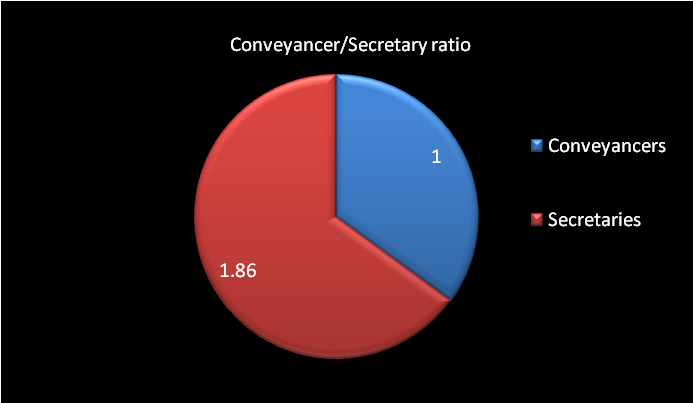 10. Have you started recruiting secretaries? 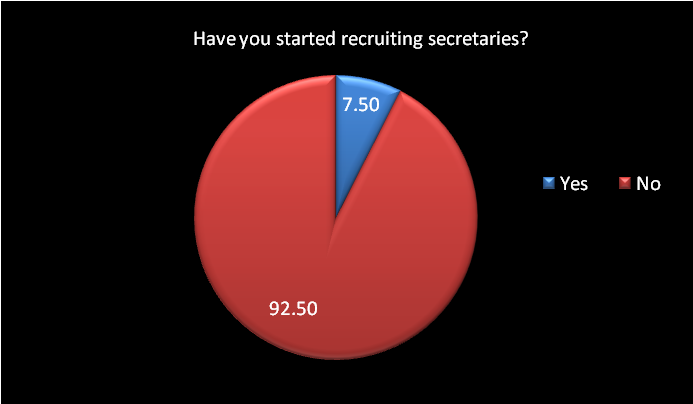 11. On average what do your firm's secretaries earn? 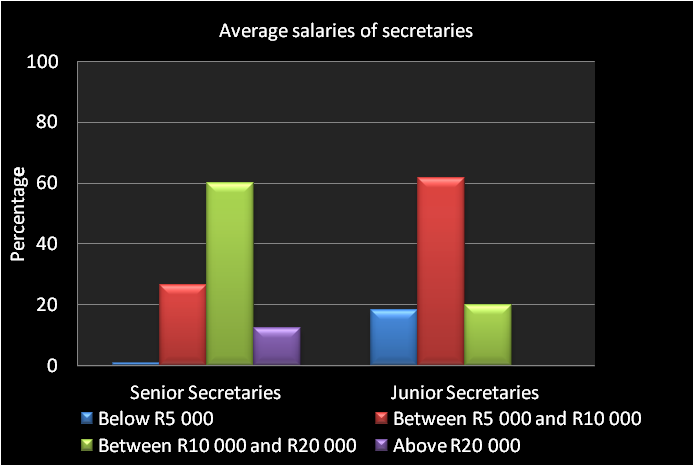 Bridging of rates and taxes

12. How many active matters on average does a secretary in your firm deal with in a month?

13. The answer to the following two questions:

How many transfers on average does your firm do per month? and

In how many (number) of these transfers on average is the rates and taxes amount bridged (paid by someone other than the seller)? Gives us the following graph: 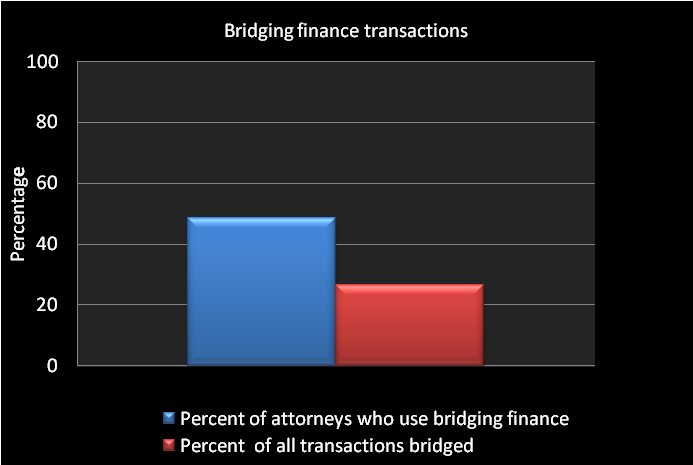 14. Of the number bridged, what percentage is bridged by ... Your Firm, Bridging Company, The Purchaser, Other? 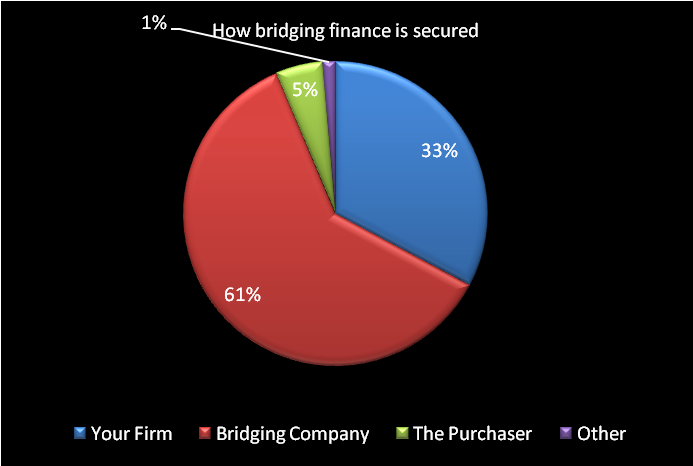 15. Does your firm or conveyancing secretaries accept commission payments from bridging companies? 16. Does your firm or conveyancing secretaries accept any incentives other than commission from bridging companies? 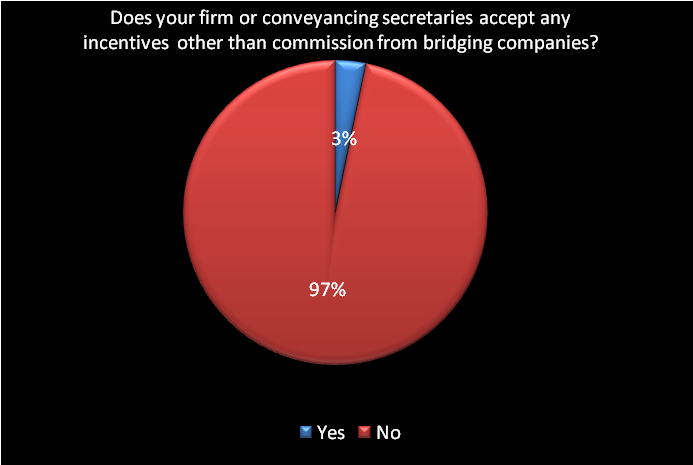 17. What is the average ANNUAL interest rate being charged by companies for bridging of rates? 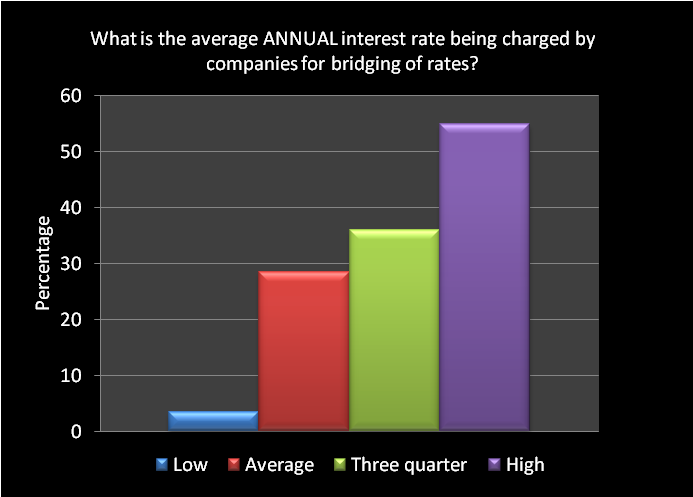 18. In your opinion what is most important in selecting a bridging finance partner? 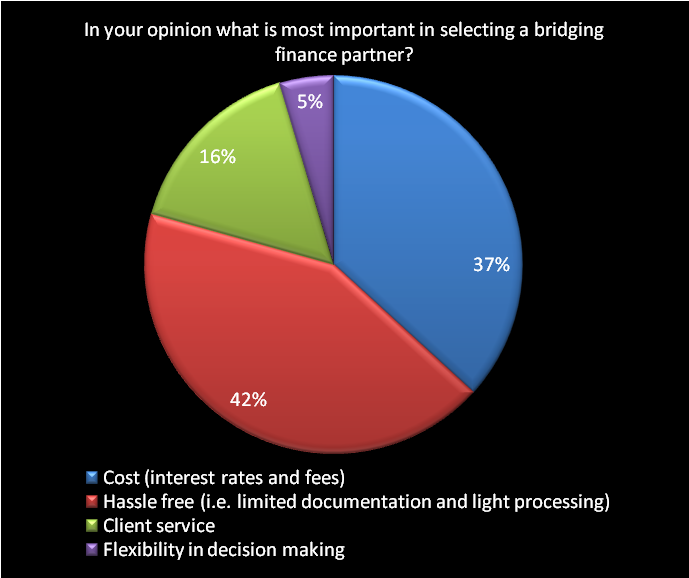