The tables and accompanying graphs below show all the registered property transfers by Deeds Registries for 2012 to 2016 for complete registrations over R10 000 i.e. for properties which were actually bought and sold, and not donated or transferred as a result of a divorce or estate transfer. The figures reflect the month in which the registration occurred and not the date when the sale was entered into.

The figures reflect the generally lower and stable volumes of the new normal in the property market post 2008. On average July and September are the the months which see the most registrations, with July 2013 having the highest number of registrations in the last four years. December sees the fewest registrations.

The following few months stand out: 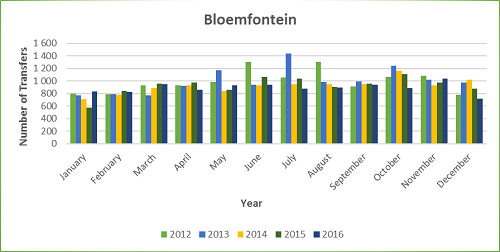 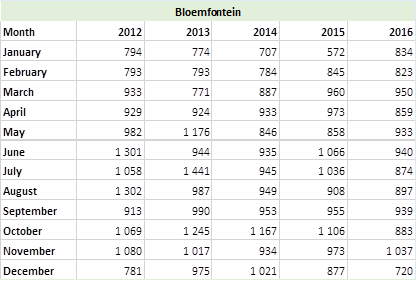 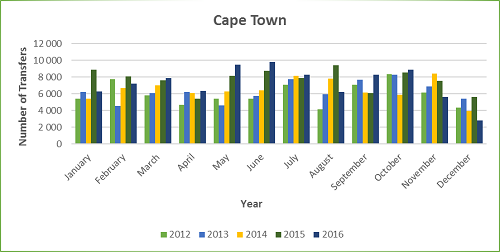 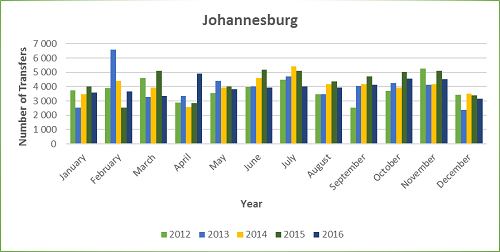 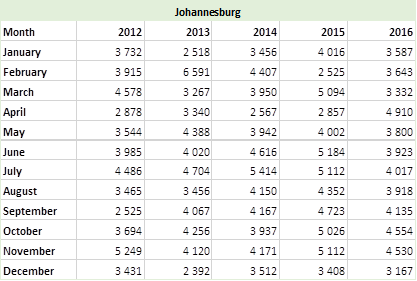 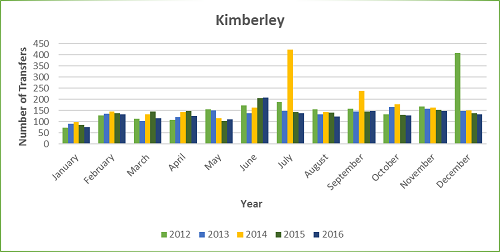 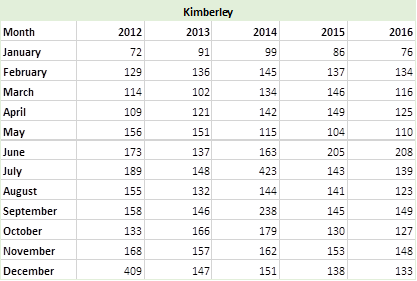 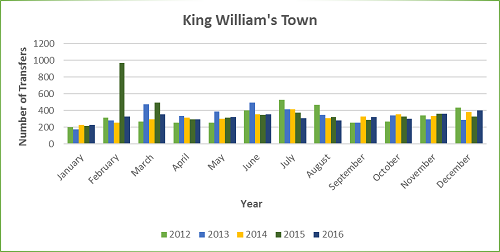 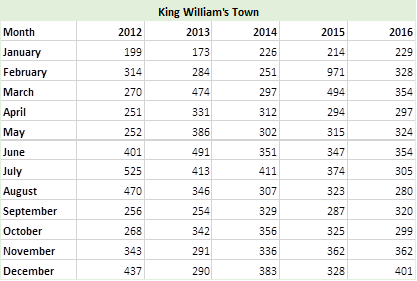 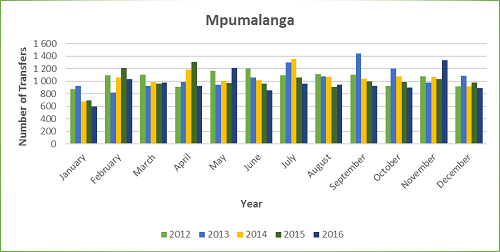 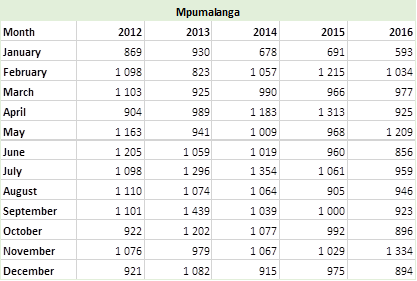 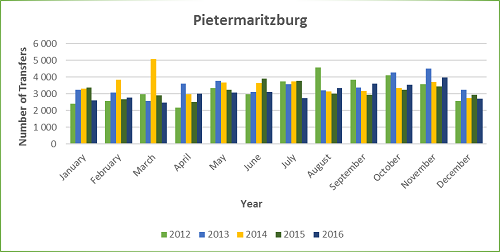 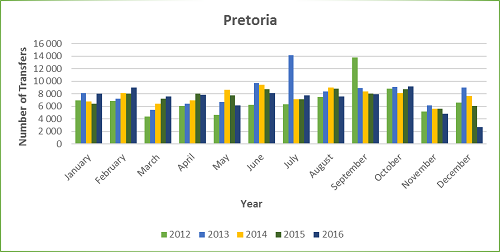 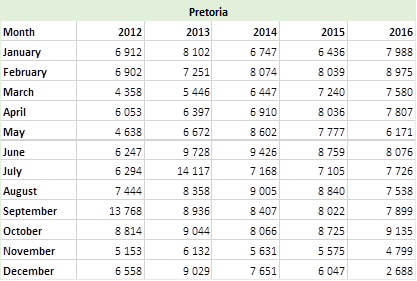 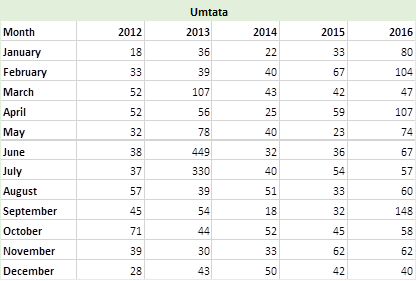 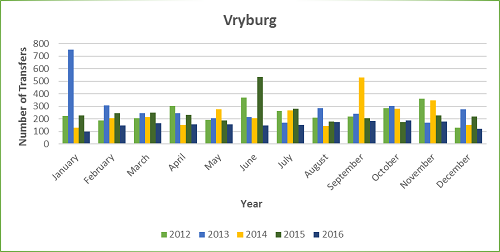 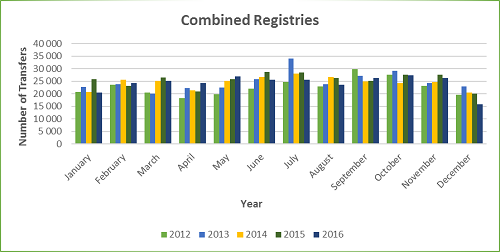 The Conveyancing Tables have been updated to reflect the recent changes to Deeds Office Fees which came into effect on 01 April 2021.

Allen West discusses Deeds Office practice with regards the correct description of companies being wound-up, under judicial management or business rescue, or in liquidation, when deeds are lodged for registration.

This week on Property24.com: South Africans continue to shuffle the residential property market; five consecutive repo rate cuts have resulted in a massive shift in affordability; and expanding your property portfolio to the UK.